On Friday, Amazon.com was issued a record-breaking €746 million fine by the Luxembourg National Commission for Data Protection for alleged violations of the EU General Data Protection Regulation. Amazon disclosed the fine in a filing with the US Securities and Exchange Commission. The technology company plans to appeal the penalty. “There has been no data breach, and no customer data has been exposed to any third party,” Amazon said in a statement. “These facts are undisputed. We strongly disagree with the CNPD’s ruling.” La Quadrature du Net, the organization that initiated the complaint against Amazon, issued its reaction to the fine. Additional commentary from Pinsent Masons and TechCrunch. Meanwhile, Politico reports how Luxembourg has emerged as Europe’s unlikely privacy champion.

UPDATE: 030821 - The CNIL has issued a response to the potential €746 million fine against Amazon by Luxembourg’s National Commission for Data Protection. The French DPA said that the Luxembourg DPA’s decision is “of an unprecedented scale and marks a turning point in the application of the (EU General Data Protection Regulation) and the protection of the rights of European nationals.”

UPDATE: 040821 - WIRED publishes an article about why Amazon’s GDPR fine matters - including its implications for the one-stop-shop mechanism which has been under fire for some time. 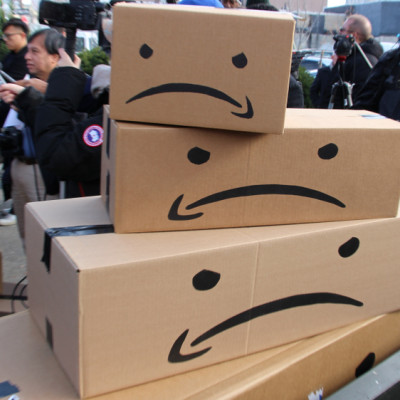